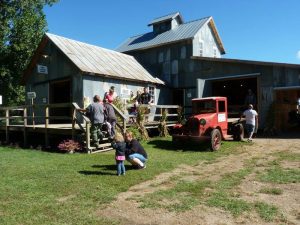 Beginning in the mid to late 19th century, farmers were able to produce grain crops that exceeded the needs of their families and industries were creating a demand for excess crops.  The first facilities for receiving and storing grain were flat storage warehouses holding grain in sacks or barrels.  By the beginning of the 20th century, the increase in productivity and demand required new technology to handle and move large amounts of grain quickly. 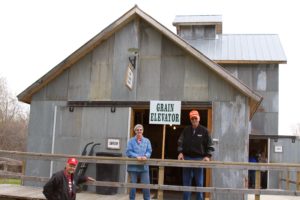 Grain elevators were developed to meet the demand to receive, store, and transfer grain in bulk quantities.  This grain elevator, though not original to the site, has been constructed by volunteers of the Friends of the Thumb Octagon Barn beginning in 2008 and is ongoing, in tribute to the area’s grain elevators. 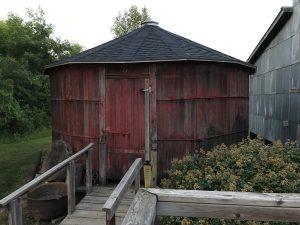 The building features working vintage equipment to demonstrate the operation typical of early small town elevators. Included are vertical bucket conveyors called grain legs which “elevate” the grain storage bins.  Mills are used to remove chaff and foreign materials and clean the grain.  Scales are used to determine the quantity of grain for which a farmer would be paid.

It is with gratitude that we acknowledge the very valuable role grain elevators and their employees have played in the advancement of agriculture and in the lives of those dedicated farm families who have helped make this Nation great.

During the summer of 2020, the Volunteers continued their work on updating the roof of the granary…It’s come a long way since it was moved to the site! 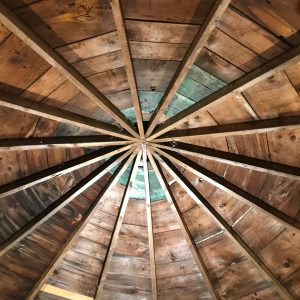 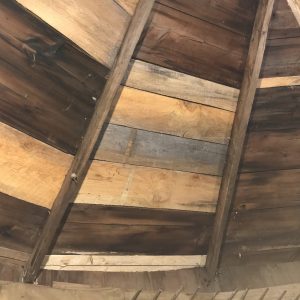 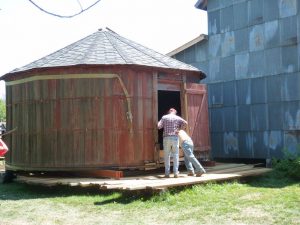